Coming to America was released in 1988. In the same year, growing unrest in the Soviet Union led to breakaway states and the eventual unravelling of the Union in 1991. In subsequent years, Europe and Russia took steps to integrate their economies to align common interests.

Europe now faces significant economic uncertainty because of energy policy decisions made decades ago. Germany, Europe's largest economy, is literally in between the proverbial rock and a hard place. Russia is Germany's largest natural gas supplier, accounting for 38%, and adding coal imports, 43% of Germany's gross power production is reliant on Russia.

Germany must choose between a severe recession if they boycott Russian oil or continue to fund Russia's war machine. Clearly, the common interests of these two nations are not aligned. Fool me once, shame on you; fool me twice, shame on me.

The future of energy markets is going to look very different than the past 20 years. Perhaps a paradigm shift to view North American energy producers as conflict-free will occur, much like the diamond industry avoids mining "blood diamonds."

It will take time to make major energy policy changes. In the meantime, global economic growth prospects have deteriorated, with some countries experiencing a more significant slowdown.

According to FactSet, economists have lowered German real GDP expectations for 2022, as outlined below, but Canada and the US have not experienced the same deterioration.

There are many unintended consequences of the Russia/Ukrainian conflict, many of which we've discussed in prior newsletters. However, one consequence not discussed is the capital flow to relative safety during periods of uncertainty.

In a world where capital can move with a click of a button and investors make relative decisions, the US and Canada are increasingly looking like the place to be (particularly if our countries are looked upon as Europe's energy solution).

We can see this in the year-to-date performance of the three main stock indices. 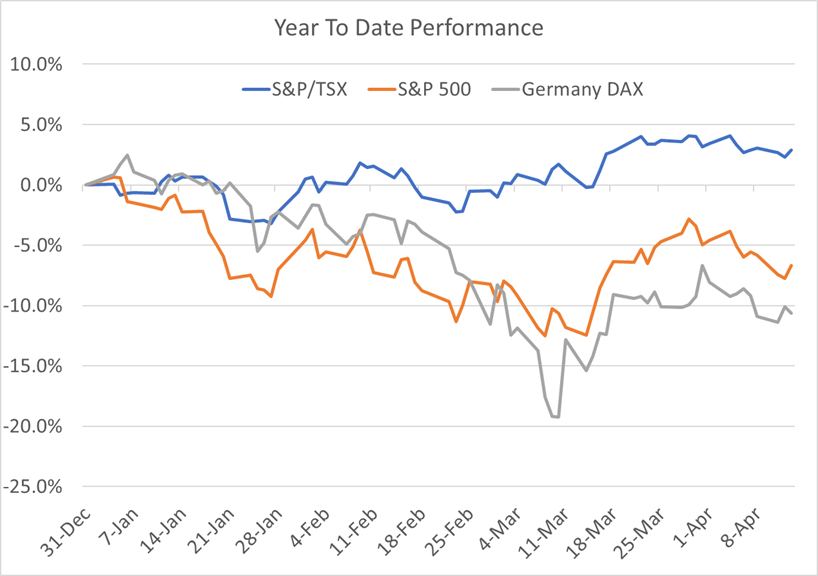 While Canada is currently benefiting from elevated commodity prices, the US market benefits from its status as a haven during periods of stress. The US dollar is the world reserve currency, and US treasuries are the world's official safe-haven asset. As foreigners buy US dollars (the US dollar index has gained 9.8% year-over-year), they must put that money to work; it's only natural that these dollars make their way into US assets.

One simple measure of "Coming to America" is to consider the performance of US companies that generate 100% of revenue domestically compared to those that generate a significant portion of revenue (40%+) from Europe.

By this measure, year to date, domestic-focused S&P 500 companies gained an average of 1.1% compared to European exposed companies slipping 6.9% on average. For now, investors are favouring the safety of America.

There are many benefits to growing outside North America. Emerging markets normally experience more rapid economic growth than developed markets, but there are also opportunities in developed countries that are underpenetrated and opportunities exist to gain market share.

A name we own, such as Costco, offers a little of both, as its expansion plans include faster-growing Asian countries as well as developed countries like Europe (~3% of revenue) and Canada. Costco expanded into Canada in 1985, opening its first location in Burnaby, British Columbia (click here to see the CBC cover the opening), and its operations now contribute ~$26 bln to total revenue.

The bulk of Costco's revenues are generated in North America (86%), which is why we view it as an excellent candidate to benefit from the "Coming to America" theme that may persist as long as the geopolitical uncertainty remains elevated.

We recently sold Capri Holding (CPRI-US) to add to Costco (COST-US), given Capri's exposure to Europe.

For the Golfer; "What an Incredible Cinderella Story"

The 1980s movie Caddyshack ruffled a few country club members' feathers back in the day. Similarly, Costco's introduction of the Kirkland Signature four-piece premium golf ball in 2016 would have had executives at the number one golf ball manufacturer seeing red.

The two companies traded lawsuits and countersuits over the last five years. Titleist, whose parent company is Acushnet, alleged that the Costco ball infringed upon 10 of its patents related to ball core and dimples. Costco disagreed.

But we suspect Titleist was simply not happy with Costco selling a premium ball at a fraction of the cost. If we had to guess, there is a certain amount of collusion happening among manufacturers to keep premium prices high. The Kirkland Signature Performance Plus is perhaps the best value proposition in golf, retailing for $35/two dozen compared to Titleist Pro Vs at $65/dozen (that's $1.45/ball compared to $5.42/ball).

According to a GOLF Magazine study, avid golfers lose 1.3 balls per round. So considering most golfers will only have a few swings before sending the ball to a watery grave, the Costco ball delivers. The ball's performance with approach shots and around the greens is similar to a premium offering; however, if you're looking to bomb it off the tee, unfortunately, you'll need to pay up for a true premium offering.

We suppose you can't have your “tee” and drink it too.

The cost of admission to the Masters is high, but once you're in, you'll enjoy some of the lowest concession prices around (even cheaper than Costco's food court)! 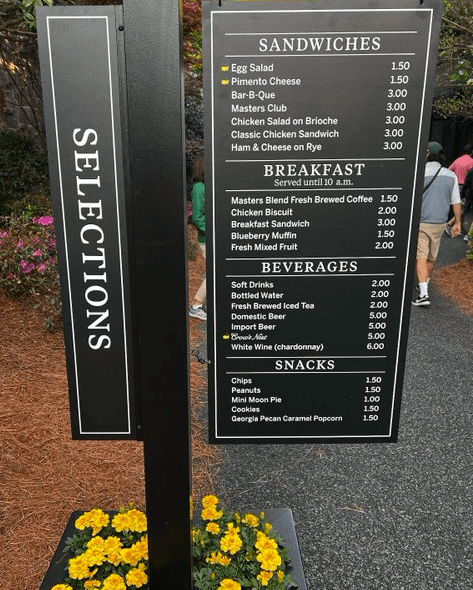 The global pandemic has been good for the golf industry pushing golf equipment and apparel revenues to new highs. Apparently, things are so good that Callaway Golf (ELY-US) has enough confidence to host its first Investor Day since May 2014. 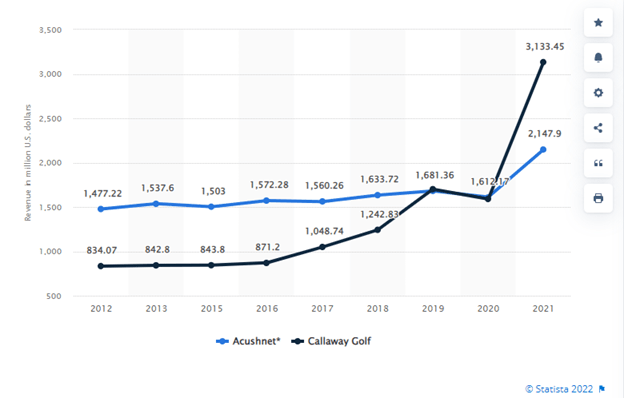 A US housing bubble is on people's minds, yet the housing supply suggests otherwise. Is the US heading toward an affordability crisis like Canada is facing? 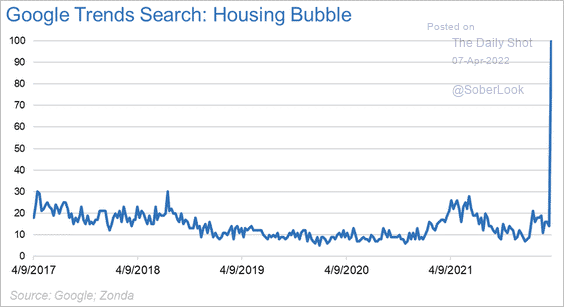 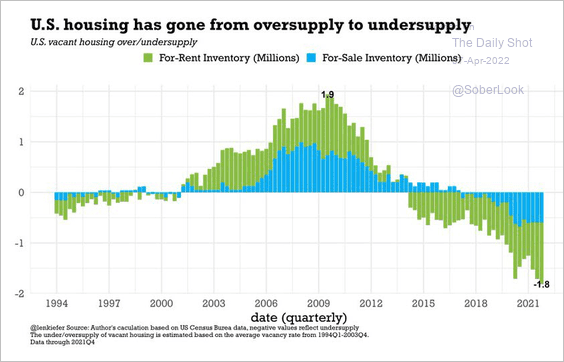 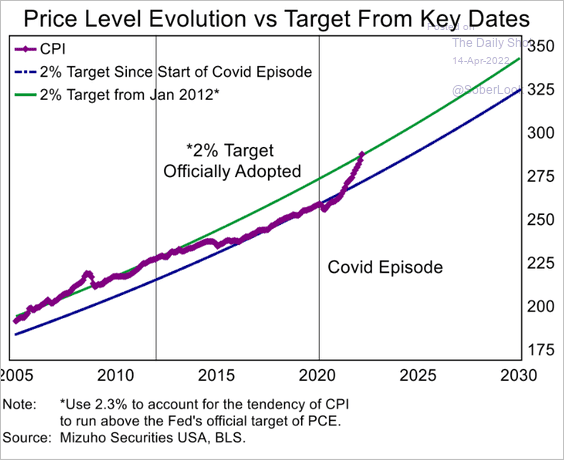