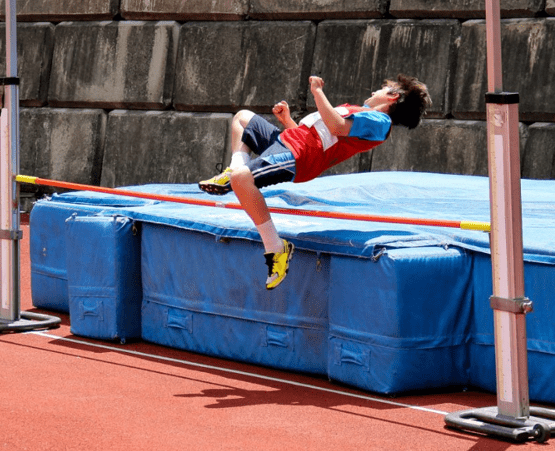 Do you prefer white or whole wheat bread? How about your orange juice, pulp or no pulp? Now, where can I find the s__p?

Did your mind immediately jump to a hearty warm bowl of your favourite soup? Why is that? There are plenty of other four-letter words containing S and P. It could have easily been soap, ship, shop or slip.

The answer is priming. The introduction of a stimulus can influence how people respond to a subsequent stimulus. We are all susceptible to priming, as numerous studies have shown that we can be primed to behave in certain manners based on things we have read, watched and heard.

Over the past several months, the market has been priming us for some pretty bad news, which we started receiving in July as the Q2 earnings season began. Yet U.S. and Canadian markets gained 9.1% and 4.4%, respectively, in the month. So what gives?

When Going Through Hell-Inflation, Keep Earning

It's the "bad news is good news" concept that we laid out ahead of our quarterly webinar, "We are likely moving into a 'bad news' is 'good news', meaning that if economic data is weak, the market could view this as a positive. If corporate earnings are less bad than the market expects, this could be a positive.

Q2 earnings season is more than 90% complete, and corporate earnings have certainly played into the less bad scenario, with aggregate S&P 500 earnings growth reported at 7.9%. Analysts have knocked down Q3 growth estimates to 5.1% (from 9.7% as of March), and the full year 2022 estimate has slipped to 8.6% annual growth. A markdown in growth, but considering how poor markets performed in the first half of the year, not all that bad.

A perfect example of expectations becoming overly pessimistic is companies reporting earnings misses traded higher by 1.2% versus the typical reaction of -2.4%. 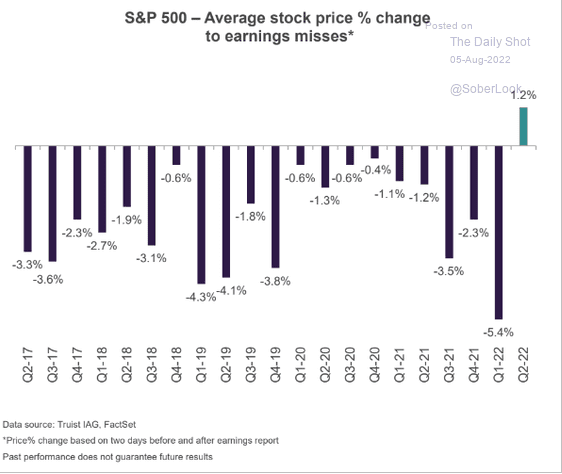 What would be a Cadence newsletter if we didn't mention inflation, right?

June's inflation print surprised to the upside, but as we outlined during our quarterly webinar (July webinar; passcode: $^?7H1cG), we think the market recognizes that many of the components of inflation have indeed peaked.

We anticipate in the coming weeks consumers will begin to see deep discounts in stores across the U.S. as merchandise on cargo ships stuck at sea during the supply chain crisis is now reaching and crowding store shelves, prompting big sales.

For general merchandise stores, inventory-to-sales ratios are at their highest level in 15 years, and pricing will likely be under pressure until that comes down to a more normal level.

Big Discounts for Back to School Shopping in the Cards? 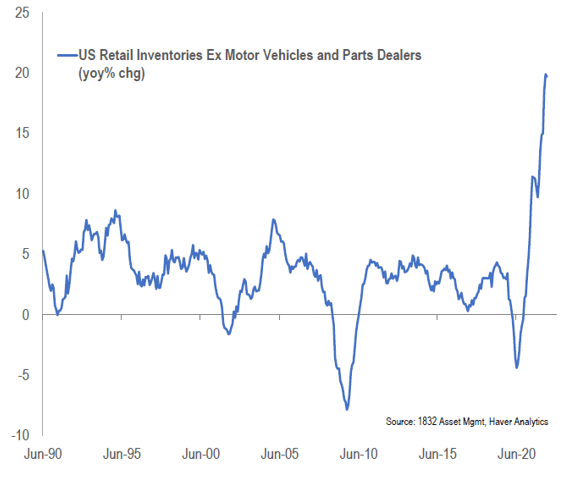 These factors will take some time to work through the supply chain, but there are clearly elements of inflation that will begin to ease in the coming months.

As opposed to June's CPI print, we saw some components decline, including those for airline fares, used cars and trucks, communication and apparel.

Though our view that inflation peaked has been consistently premature, the July CPI print increases the probability the Fed can be less aggressive in hiking rates. According to the CME's FedWatch tool, the odds of a 75 bps rate increase in September fell to 28%, down from 65% just before the CPI data was released.

To Slow or Not To Slow—That Is the Question

Though many conflicting signals are clouding the outlook, the near-term risks are inflation and how aggressive the Fed will be over the next couple of months. The medium-to-long-term risk is an economic slowdown.

Then you can consider the variables the National Bureau of Economic Research uses to determine if the U.S. is in recession. All six components point to no recession.

What we are dealing with here is the after-effects of the pandemic that distort the economy and make forecasting somewhat unpredictable.

No Official Recession on the Horizon 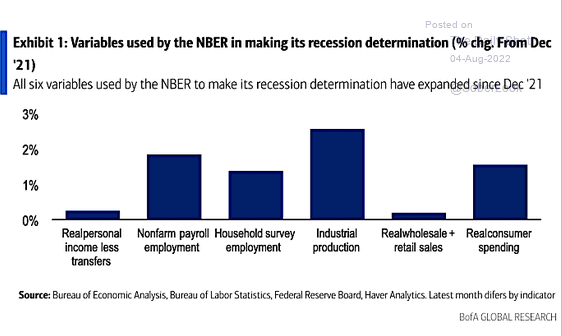 Inflation, interest rate path and recession are all interconnected. However, the key to this puzzle remains inflation. If inflation eases, the Fed will be less aggressive in raising rates, and the economy can continue to grow at a moderate pace, thus avoiding recession.

This is the goldilocks scenario, but as July's inflation data suggests, today may be the beginning of this potentially very positive outcome.

If we avoid a recession, the chart below illustrates the market's historical experience (black line), while the blue line shows how the market may perform if we enter a recession. 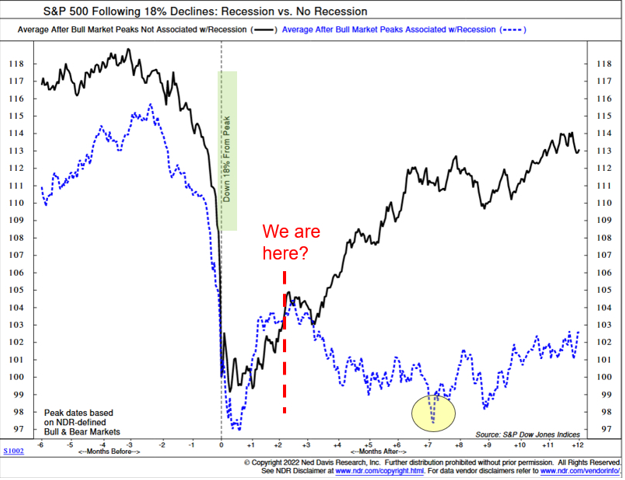 As you can see, we're at a bite of a directional crossroads. The catalyst for the ultimate direction will culminate as we begin the Q3 earnings season and U.S. mid-term elections conclude. The U.S. ISM Services price index has eased and points to consumer prices also following suit in the coming months. 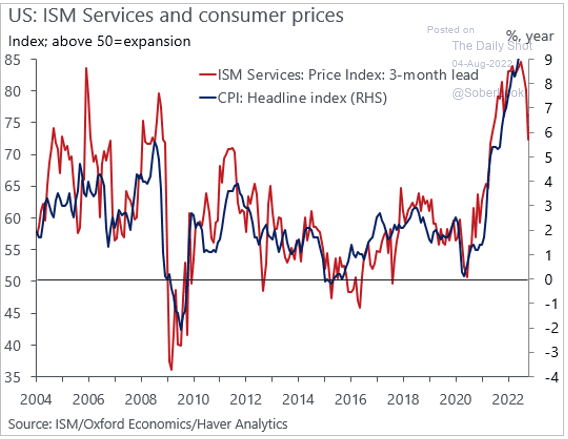 Not all recessions are alike. 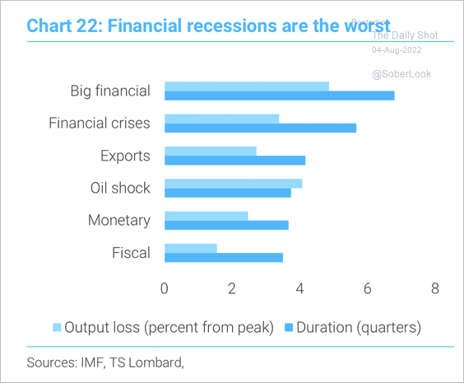 Income needed to buy a home in the U.S. 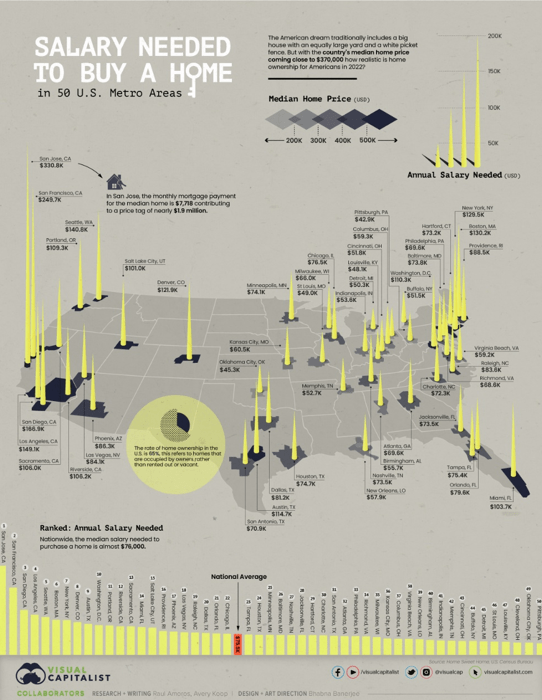 Vacationing is great, as long as you don't spend the entire time at the airport. 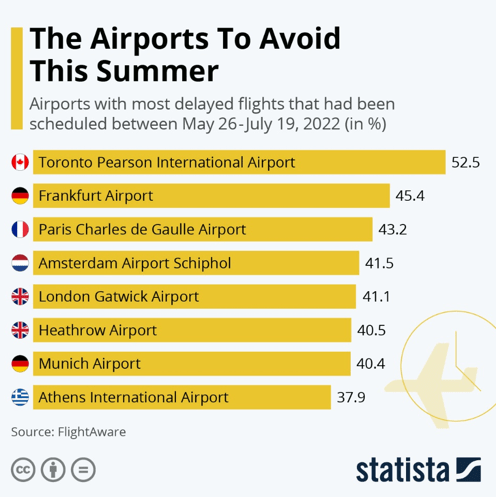